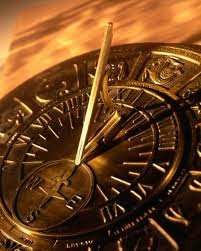 2010 amounts to 3 in numerical terms, which in Chinese (Feng Shui terms) relates to rapid growth…that can at times be experienced as aggression, though is wild and abundant in nature, being a yang “wood element” number. 2011 amounts to 4, which is the yin wood number in Feng Shui, relating to the more gentle, and subtle energetic growth which is more feminine, so this transition can be experienced as an easing into a more smoother year of expansion, in every sense of the word.

We are now in the last stretch of the Yang Metal Tiger of 2010- moving to the Yin Metal Rabbit in Feb 2011. So we shall see the theme of both Growth & Transformation continue. These “Wood” animals, in “Metal” years, really have the capacity to spread their wings as the metal “cuts” back old & overgrown branches to let the sun light feed new growth.

Relative to the Chinese system of Astrology….

For wood people- this has been a time of “self” development, for Water people: it’s been a growth around career & creativity…for Metal people, this period is about financial growth. Earth people find this to be a time of self refinement & discipline where as Fire people, find this a really big time for learning and reflection.

The Wood element in these two years is quite strong energetically, which brings us to a heightened focus on environmental concerns. The forests, being our largest connection to the wood element become a stronger focus as “resources” also begin being highlighted in a magnified way with Pluto moving through the sign of Capricorn, revealing just how fragile our earths supply can be as we have continued to mis allocate our natural resources over a growing period of time.

Particularly as these two years from 2010 – 2011 are metal years, we see the chopping and cutting of wood become more apparent in both it’s fruits and draw backs. Recycling and reducing waste shall also become the centre of the global attention in an overall sense, as well as the writing and publishing industries, also tied to the wood element. So as energy floods these aspects of life in a universal sense, we also see the metal industry become stronger as the “productivity” of it grows with the presence of the wood animals, to keep the element on it’s toes. Engineering and structure related industries such as building will grow rapidly, and competitive.

Melbourne is one place which will see this more evidently, as the housing situation is under pressure to keep up with the growth of the city expanding also at a rapid rate. The water element relating to all things electrical (in terms of constantly flowing currents), along with the communication arena and technology…will influence these industries in a very active sense, seeing it to be an enormous time of growth and evolution. We now see our dependence on such rapidly indispensable utilities in a universal sense, connecting humanity across the globe at the touch of a button.

In these wood animal years (the tiger 2010 and rabbit 2011) we see the fire element supported and fed by the energy present. This relates to the spiritual aspect of life…the heart (chakra) centre and love relationships. So especially in the “yin” year the more gentle aspects of our human nature come to light in 2011, revealing the poetic and romantic realms that have been dormant for some time as we moved through a period of inward directed growth…so as to rise out and up from it once again, with a renewed sense of who we are.

With energy expanding during this period of the universal cycle, we are coming into a very creative time, where expression and spirituality become more important as life itself has us quite easily distanced from one another, in all that sweeps us up in the fast paced lifestyle thats so quickly become “normal”.

Jupiter moves into the sign of Aries in January from the 23rd, beginning fresh from the first sign of the Western zodiac, encouraging us to rebirth our own energy and step out into the unknown with courage, which can be easier for some than others, and a great opportunity for those who have been hibernating in the silence and surrendered state of spiritually directed expansion, of the inner life. Now will be the time to step out and celebrate individuality, so that we may truly appreciate one another in our uniqueness, and offerings that we have for one another in relationships.

Saturn in Libra going retrograde on the 27th of January is another Astrological point that has great potential to activate some inner unfolding in the life of many depending upon where in one’s natal chart, this transit is activated. For those who have not yet developed their own inner strength and discipline it can be an awakening and push, to finally begin following one’s own inner drive to stand independently so as to accomplish a sense of physical presence and purpose in the earthly realm and the tangible.

The influence of one’s lack of independence will become increasingly apparent at this time, for it’s power over relationships as a foundation for solidity and stability. We can also now begin to see more clearly the hold that our relationships have on “us” and weather or not they are acting as a support to our sense of self and life, or a restriction on those things that we wish to expand on and areas in which we wish to explore in life. The control we have and the control that our relationships have, in all ways, through our lives, will now become a focal point from which we can learn abundantly during this period until Saturn’s direct movement once again on June 14th.