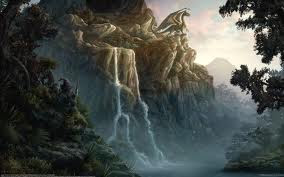 With all the questioning and hype about 2012, predicted to be many things…the year of awakening, the end and a whole range of interpretations through different views.

The Mayan calender ends in 2012, though Feng Shui has it that it is just the end of one cycle…in this age we are in, and the beginning of another.

Well here are my predictions for the big year, that has now been named the “Year of Astrology”. There is not yet any Western Astrology weaved into this, apart from a small mention of a correlation, though this is purely based on Feng Shui & Chinese Astrology. Enjoy. It’s a little lengthy.

The Water Dragon shows a likelihood of more floods and tsunamis…as the Dragon is an Earth animal…under water.

In 1952, the previous Water Dragon, the worlds biggest Earthquake at that time triggered a Tsunami in Kamchatka. Fortunately this was not in a populated area…….

There was also the London Killer Fog, again, water over land (earth). Leaving a number of people dead and many ill, hospitals were swamped with people complaining of respiratory complaints. Being a number 6 in Feng Shui, there is also the sign of respiratory issues once again.

There was an earth quake in San Juan and Hurricane Fox in Colombia. Water down pour is to be expected, though the renewal from this will be seen to wash away the old and create new life for the following “fire” cycle in 2013/2014 (in the Snake & Horse), where sprouting and blossoming will take place once again.

The Water Dragon will see the globe looking closely at the power of Water itself. And the earth too, will be the centre of our focus like never before. This means “food” and “health” shall take the stage. So expect these aspects of life and industries to undergo some big changes during 2012.

In Flying Star Feng Shui (the most authentic & powerful system), we have a saying when there is an auspicious “mountain” energy (flying star) in the chart, within a certain area of a building that is open & yang. We call it a “mountain falling into water”. This is signifies the loss of stability in a home. You will see this somewhere in the lives of the occupants as a result.

2012, may well be the year that Feng Shui shows it’s power as people are making Feng Shui mistakes more & more in modern building design, unaware of Feng Shui, or simply unaware of the authentic Flying Star system, that works with the unseen energy, that nobody can deny exists. Like the wind swaying the trees around us, there are hidden energies in our environment that influence the physical realm.

This can be symbolic of 2012 being a year that money & prosperity cost many their health, which is again what the Dragon, being an Earth animal will focus on. We will begin to see more clearly the vital nature of all matters relating to “health” which is an earth governed aspect of life. The Dragon in ancient China was also the mystical term for the “earth itself” and her magnificent mountainous shapes, like the Dragon tail, a mystery in itself.

The actual name “Feng Shui” comes from an ancient Chinese classical text that alluded to the very nature of energy that is studied in the philosophy.

It said, “The Energy of the “Dragon” (earth), is Dispersed by “wind” & stops at the boundary of “water”.” Here it refers to the energy of the “earth”. Which you can also see how the Dragon is an earth animal. Translating further, “wind” / feng, picks up in open spaces, like energy does. In open space, energy flows as there is nothing to slow it down. This can become unsettling and disturbing, without anything to contain energy and settle it down.

Notice how “you” feel when you are in a big open space with too much going on…compared to how settled you feel in a small space like your bedroom.

The part where it says, energy stops at the boundary of water, alludes to this. Water only flows downward, not up…by nature. It lives in low ground & river banks. Water in feng shui, on another interesting note, relates to money, wealth and abundance. And “banks” got their name from the river banks, where water flows and brings w/health and life to the people.

This is why, energy “slows down & stops, at the boundary of water/ low ground. It stops to replenish itself. This is why it is important we have stable energy where we sleep….to regain our energy through the night.

Back on the track of 2012, all of this can be seen in the “Water Dragon”. Mountain & Water energy are the two key aspects looked at in Flying Star (True) Feng Shui. And with water on top (being the element) and the Dragon below as the animal (being an earth animal), shows that mountain energy is falling into the water (open space, disturbed). Mountain energy relates to all “earth” matters. In Feng Shui it reveals the condition and quality of life in: Relationships, Health & Stability.

Strong mountain energy in a home suggests good health & relationships. Weak mountain energy suggest illness & misfortune. How this manifests is seen in the rest of the Flying Star chart, energy map of the building. Mountain falling into water, shows weak mountain energy. And “Earth is in fact weakened by the Water element, in the 5 element life cycle.”

So 2012 will see the problem of money taking precedence over health, take it’s toll on people. Charlie Sheen would be a just one example of this. This is why, 2012 is the year in which the “Health” industry will play a large role in a global sense. We are already seeing it explode as new “drugs” and natural health modalities are being introduced by the minute.

2012 shows the fire element to be quite weak, though it is still the beginning of the fire season Astrologically, simply because it is the “Water” Dragon. And the Dragon, being an earth animal, weakens the Fire element. Fire governs international travel / flying, so there is an indication of decline in the airline industry. Anything related to fire will need caution to maintain strength, meaning both industry (such as entertainment) and in people in health (the heart & nervous system) and spiritually.

The brain also relating to the fire element, will become more prominently studied as a perplexing phenomenon, as well as mind matters. The personal development industry looks to take off more than ever in 2012, as such weaknesses in the human condition become more of an evident issue to be resolved. Mental illness will become more clearly seen for what its causes and triggers are, and also for what it, itself really is, being put into perspective.

A water year, 2012 will see Reproduction matters come to the surface as more of a highlighted issue that is is growing to be. The reproductive system is governed by the water element, so we shall finally see the association between our “diet” being the earth element, and the foods we eat, and “fertility”. So we shall see the dynamic during this year, more and more whereby infertility becomes a result of poor food quality and not enough nutrition from healthy natural whole foods.

The “Commercially Refined And Processed” (CRAP) food industry may be be overhauled, with the overwhelming amount of harmful additives and preservatives, that are toxic to the human body. Water weakens the earth element, shown by the elemental dynamic of 2012, which can signify weakening earth element, where there is little integrity. So watch the “super market” shelves begin to take centre stage and be highlighted for their influence over the health of humanity. Maybe it’s time we started growing our food at home. We just need the desire to make the time.

So interesting times ahead to say the least. In Feng Shui we are also in the age of 8, which is the beginning of a new cycle, as the Mayans say that this is the end…Feng Shui agrees, though reveals that it is purely the beginning of another cycle of life. A revolution…which is also indicated in Western Astrology, with Uranus moving just now, into the first sign of the Western Zodiac- Aries.

This means, many things must reach their ultimate capacity before overflowing and transforming into a complete demolition of the old outmoded ways, that are no longer needed for our growth as a civilization. Things will get worse before they get better. They have to reach a point where it is no longer acceptable to tolerate, before matters of all kinds are finally addressed and reconsidered, so expect now to be looked back as one of the greatest periods of human transformation. It is also the age of Technology and “Computers”, so here alone we can see the growth occurring at such a rapid rate.

2012 is a number 6 in Feng Shui, so we must be aware of the health of our lungs, as the 6 energy relates to the lungs and skin. This means issues will surface relating to the organs and the element of Metal (which is the element of the number 6). Being the water dragon, we can expect dampness, so making sure we have enough heat and exercise is important during 2012. Saunas shall help avoid any lung problems. Great lung foods include coli flour, onion, sea salt and potatoes, so include plenty in your diet to pre-vent any problems.

October 2012 will be a great month of change in regards to the globe! Two opposing powerful earth animals of the year and month, indicates both the light and the dark will reveal their powers. So expect extremes.

The west direction has the best energy in 2012, being the influence of the number 8 energy. This indicates growth in the Western direction of any magnetic centre. If you have a West facing home or business, this is also a good thing. Western suburbs will grow rapidly as the energy flows in that direction. The northeast also has an auspicious energy, as well as the south, so watch these directions to see where the prosperous energy flows during 2012.

Overall in the Feng Shui age of 8, we shall see enormous growth in the North direction, so a tip for home buyers…look in the north! Huge developments will take place especially in the north. There is long term prosperity in this direction. Northeast is the current prosperity, which we are witnessing great developments in, and also growing is the south, which is for the next 30 years at least. So these are all good directions overall for the current time.

Next year, watch the North & South East as a caution, just for the year. Especially if you have a Southeast facing home, or bedroom in the southeast direction/ sector of your home, avoid stimulating it with red colours or fire element. Use Metal element to harmonise this area. Chimes, decor and furnishings made of metal will help. Also, keep colour to a minimal. Black and white are good. If your bedroom is in one of the areas of your home next year, use black & white for linen colours. This should help neutralize the less auspicious influence there next year.