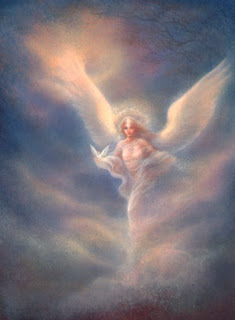 From the age of thirteen I remember looking to my child protection workers, thinking “I could do a better job”…”these people have no idea what it’s like”…stirring a deep calling in me…that drew me closer and closer to the dream of working with youth, which since became a reality. It was the age that my fifteen year old sister committed suicide, over dosing on heroin nine months after our brother…her twin…was murdered, in fact tortured to death, by drug dealers, days before the twins fifteenth birthday.

Since that time in my youth, I began developing a deep drive to make a difference in the lives of other young people, so as to work in the opposite direction of that which my siblings took…out of the desire to inspire youth to see another way…a way out! Last year, I took a brave step out with the birth of this blog, before the final editing had been complete on my first post. I had not yet changed the names of the people involved in the death of my brother, nor the characters that had committed serious crimes…though today, the names have been changed to conceal identities for a great many reasons.

The night that I first posted this blog… my course co-ordinator (from my studies in Drug & Alcohol & Mental health), who has since become a beautiful friend of mine, read the whole blog! Marg, is a big inspiration to me in being the strong woman she is, bringing up her children alone after the passing of her husband, and losing a son to overdose as well…which makes her a huge inspiration to those she teaches, with such a great depth of wisdom and compassion. I love her!

The next class I had the following week, Marg approached me…informing me that she had read my blog, which I had since taken down again. In the one day I had it up! She began explaining to me that her grandson, born to her son who had overdosed was the son of a cousin that I never knew I had! This cousin who had been adopted out of the family, knew that she was adopted and had always wondered how she could find her family…which was me! I had once met her mother, my aunty, when I was eighteen for the first time since being a toddler, and still have a photo of her! After moving more than fifty times in my life…It is one of the only (of the handful) photos I actually have of family…of anything from growing up!

With my mother and Marg’s son in heaven, I know they were performing some fancy angel moves from up there! I had felt drawn to Marg from the moment I met her! Like looking into her eyes, she simply understood…to a degree that very few would! She had been there and I felt that…which drew me towards her. Listening to Marg teach our class was one of the most touching experiences I have had…which was confirmation for me that I was on the right path…I felt at home! Studying to work in the Drug rehabilitation sector, was for me…what I was made for. My heart has felt called to do this since I can remember…and to finally meet someone who just knew, was like being told, was not alone anymore…that I never was!

At the beginning of this course, heaven was definitely watching as I embarked on my journey of confronting my darkness, from my whole childhood, filled with death because of drugs. I was about to test myself, and face the biggest challenge I had yet…to look at all of the things that I had walked away from, put them aside…and be there for others, who by some means, have ended up dealing with addiction, either themselves or with a loved one. During break on one of my first classes, I sat with two girls, a few years older than I. A couple of other people at the table were engrossed in their own conversation, while I overheard the two girls next to me discussing the school they went to. I heard only one girl saying that she had gone to the same school that my sister went to…so right there…I interrupted…”Did you know my sister………….”?

She had not even had a chance to reply before Jess, sitting next to me, said…”What did you just say!?” I repeated her name…just before she blurted out with…”She was my best friend!!” …my parent’s were going through the process of becoming foster parents for her at the time she died!”…right then at that moment, the two of us broke out into tears, hugging…It was amazing! We couldn’t believe that thirteen years on…we would both be studying the same course, largely inspired by my sister…at the same place! We had definitely been brought together by our angel! What a divinely synchronous moment! We had never met…with my sister a state ward, not at home at that time. After we got talking, I recalled at my sister’s funeral, a girl who…when the car was driving out of the church with the coffin…was on the ground bawling her eyes out. Jess immediately said…”That was me!!!”

From that day on, I have made a strong connection with Jess, who now works in the same field of Youth Drug recovery…with the same passion that I have…born out of our very prescious love for the one angel, her friend and my sister. Both Marg and Jess have become a big part of my heart, since following it’s very calling…In following my heart…I have found great confirmation that standing in my own vision and dreams, is the only place where things just flow…where the angels go! Follow your heart, and see where the angels take you!