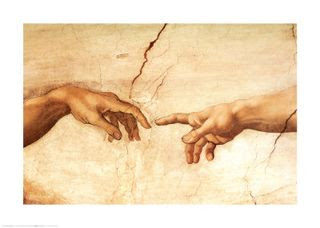 It was one of the last times I ever saw my father. I was 20 years old and it was early in 2006. After talking about our lives for a little while, catching up on work, friendships and everything that had been going on in our lives… he began opening the conversation up to another level…one that he had never before shared with me.

We first spoke about how he felt my mother still communicated with him…that years earlier when they were still together, she told him that if she died before him, she would find a way to talk to him. He believed she did. He was talking about how certain things would happen around the home that made him believe it was her way of saying that she was still there.

After a while, he began speaking with me in a way he never had. I felt struck in the moment and almost confronted. I had never been in such a conversation with him before. In fact it was more like a speech he was giving. I was blown away, frozen, still…just listening. He had the stage…speaking straight from the heart…I almost didn’t recognise him, he became so open with his words that I felt like I was finally meeting him for the first time.

We spent much of the years apart, in and out of each others lives…and while he was a very deeply emotional person..who often spoke of profound philosophies on life, this conversation was something else. Father to daughter, he shared with me…his faith – in me.

I was blown away…astounded, speechless and in awe all at once. Witnessing this profound wisdom straight from my father’s heart…I was present. Though I was questioning where on earth this was coming from, I now know that in fact…it was of pure spirit, as the words still resonate and echoe…through time, as I carry them with me today.

It was the most meaningful and deeply moving moment that I shared with my father. Open and authentic. He shared with me his belief…that I could do anything in life that I wanted. He told me that I was yet to realise my own power, though he knew I would one day learn how to use it… “Don’t stop and settle for anything less than what you want and deserve” were the words he shared as he looked me straight in the eyes.

I stood there not knowing what to say. It came out of nowhere, as though he just had to say it. It touched me deeply and almost hurt that I never got to experience such profound beauty with him before, only discovering it then. It was emotional but I held on tough…I could have cried, but I didn’t. It was the kind of thing that I always wished that I could hear him say…but I never expected. It was beyond what I ever imagined hearing him…or anyone say to me.

He even told me how proud he was that I grew up to be so independent, saying he knew not to interfere with my growing up…that I would turn out strong…because I was his daughter. He knew to let me be free. And that I was. Those words were the most powerful words I had ever heard him speak…as through the years, since that day in early 2006, they have echoed through time, bringing me comfort and faith. Those words have taught me greatly, in knowing the profound impact that honesty, openness and speaking from the heart can have.

Today, those words have inspired me to live out my dreams and to share my deepest truth with the world…to touch, move and inspire faith, the way he did that day. No matter what the response, it is my promise to myself and the world…to live from my heart, to speak my truth and share myself…as I have learned what incredible power such authenticity can have.