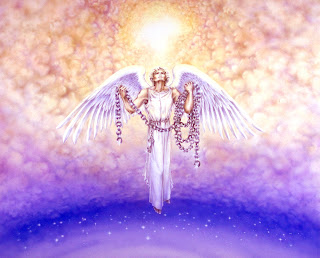 Six years ago today my father suddenly and unexpectedly passed away. Feeling it difficult to breathe, he drove himself to the hospital only to be placed immediately on life support and pass on within hours. It was just one month before that I wrote him a letter to say everything that I needed to say, in case one day…the time would come that I never had that opportunity. I had not seen or spoken to my father for some months before that, which was a pattern throughout my youth, given he and my mother were separated when I was three years old, along with other surrounding circumstances.
There just came a point where I gave up and assumed he no longer cared which was why I no longer contacted him for a number of months prior to my writing the letter to say all that I needed to say. Some months after his passing, I was told by a friend to check my messages. I never used my message bank service, and never even knew I had it on my phone, but my friend had left a message on my phone…so I called my service provider and was instructed how to use the message service to check my voice mail. I began listening and heard messages from as early as the previous year. Mostly brief messages asking me to call back, I began skipping through and deleting them.
After deleting about ten, I stopped out of curiosity to listen…just in case. What I heard shocked me. It was my father…leaving a message from the previous year. The voice mail was left in late 2005. He was asking me to return his call, saying that he loved me and missed me. Then I kept listening…and there were several more. On Christmas that year, I remember working because I had no family. My mother had passed away three years before, and my two brothers and I had lost contact years before due to the family separation and different circumstances, even to the point where I was the only child and blood at my mother’s funeral given her own family circumstances and things that had happened within our own.
Had I of known my father was trying to contact me for Christmas, things may have been different. Hearing his message asking me to come see him for Christmas…my heart broke. It was too late. I thought he didn’t care. And to hear the sound of his voice, telling me he missed me and loved me, honestly tore me up inside. I was listening to my father’s voice…after he had gone. I guess it was meant to be that way, for me to know…like a gift from an angel. Had I of been closer to him leading up to his death, it would have been so much harder for me when he passed away I know…so I guess it was some kind of intervention, protecting me in a way. And to write him a letter a month before he passed away, telling him I loved him…cared for him and that nothing else mattered beyond that anymore…gave me a sense of completion that I am incredibly grateful for.
I feel lucky to have come to that point on a spiritual level with my father before he died. And If there is one thing I took from this experience in my life, it is that value of being complete with those we love. I took that pen to paper and poured my heart out. And when my father died, I found that letter in his bedside draw. Showing my uncle who was staying at his house for work for a few days, when Dad passed away…he handed me the letter back after reading it and told me that since the time he would have read that letter, in the last month…he seemed different. He did not get drunk once…as he often did. And to hear that, made me feel at peace. I felt as though I made a difference. I felt as though, sending him my love was what set him free. As though our karma was complete, and that was all he needed…His job was done. He created a loving child. He created me.
From the lessons that I learned through this very time in my life…there is one thing that I live strong by…and that is the knowing that our time is never certain. The value that I now place on my life and also the time that I share with others…is the gift that my father gave me in his departure. I feel blessed for the wisdom he gave me through his life and death…and can only pray that I can share this message with the world…That we are such fragile miracles, such precious gifts in one another’s lives, and it means so much when we demonstrate our love to one another. My message to you is…don’t live a day longer without letting people know how much they mean to you. Let your love be known and say all that needs to be said, before the time comes that you no longer can.
Stay Connected with Inspirations & Insights

Tomorrows Super Moon of 2012 in Scorpio

No Regrets
Scroll to top
Stay Connected with Inspirations & Insights